“Lolita, light of my life, fire of my loins. My sin, my soul. Lo-lee-ta: the tip of the tongue taking a trip of three steps down the palate to tap, at three, on the teeth. Lo. Lee. Ta. She was Lo, plain Lo, in the morning, standing four feet ten in one sock. She was Lola in slacks. She was Dolly at school. She was Dolores on the dotted line. But in my arms she was always Lolita.”

Channeling major Lolita vibes here at the Governors Ball  Music Festival in New York City. If only I had a lollipop hanging out of my mouth instead of my ice cream and my sunnies were little heart shapes. But then again, at my age that would probably be a teeny bit creepy. So let’s call this the modern and grown up version of Lolita. The girl who no longer teases grown men because she herself is a grown woman, yet she’s still attached to her polka dot dresses, red lipstick, cherry soda, vintage bags, braided hairstyles, girly sunglasses & cute little lucky charms jewelry.

Lolita is one of my favorite novels. It is challenging, subversive, perverse, beautiful, nostalgic, darkly funny, romantic, poetic & disturbing. In orther words, perfect, and probably one of the greatest novels of our time. There have been two films based on Lolita. The first, filmed in 1962 was directed by Stanley Kubrick and the screenplay was written by Nabokov himself (or so it was claimed, Nabokov was later seen to not exactly be a massive fan of the film or the finished screenplay). It’s an absolute classic and is where that iconic image of Lo in the heart-shaped sunglasses comes from.

“Lolita, when she chose, could be a most exasperating brat. I was not really quite prepared for her fits of disorganized boredom, intense and vehement griping, her sprawling, droopy, dopey-eyed style, and what is called goofing off – a kind of diffused clowning which she thought was tough in a boyish hoodlum way. Mentally, I found her to be a disgustingly conventional little girl. Sweet hot jazz, square dancing, gooey fudge sundaes, musicals, movie magazines and so forth – these were the obvious items in her list of beloved things. The Lord knows how many nickels I fed to the gorgeous music boxes that came with every meal we had.”

The second came out in 1997 and since then every summer I find myself going back to director Adrian Lyne’s adaptation of Vladimir Nabokov’s novel Lolita. Dominique Swain’s costumes in the film are to die for! So when I found this dress here, I knew lickety-split that we will have a story to tell you. 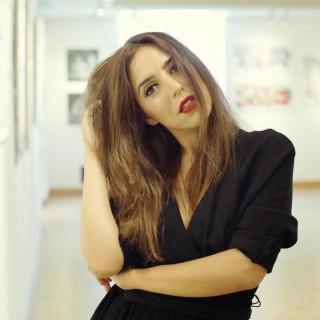